Several corporations within the California area are increasingly struggling with the rising costs of doing business within the city. Overheads are significantly flexible now due to the potential that Small Energy Bill provides via commercial solar services in California. You can take control of your energy expenditure and add some wiggle room with this package.

Our mission is to make the customer’s business more self-reliant and eventually profitable. Our customer base opts for us because we provide reliable, high-quality commercial solar solutions. 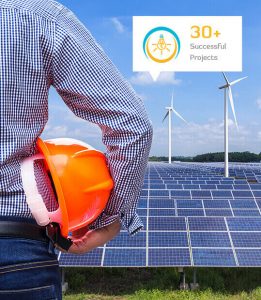 At Small Energy Bill, we believe in the power of reputation and client satisfaction. Hence, we emphasize hard work and dedication to facilitating quality solar installations. Our diverse portfolio of commercial customers which ranges from small businesses to large firms should allow you peace of mind that your enterprise’s energy issues are in good hands.

Why Move to Commercial Solar Services

Going solar may be the best solution especially if the business has ongoing power generation requirements presently and in the future. The growing need for everyone to seek renewable energy for power is not just a suggestion but is becoming more of an ultimatum. The world has depended on fossil fuels since industries became actionable. Unfortunately, bad habits have cost severely not just when it comes to the environment.

California has been on the business end of energy crises before and that led to skyrocketing energy prices. Some businesses have had to shut down because of these problems but that would not be the case if commercial solar energy had been a factor.

Coal and oil are not only very harmful to the environment but are directly contributing to global warming trends and climate change. They are finite as well and will eventually be depleted assuming they do not trigger cataclysmic events before then.

Solar energy remains one of the more reliable, affordable, and practical forms of renewable energy at present. There are others, but they are few or cannot be adequately utilized on a large scale at present. For approaches such as hydrogen or ethanol, the market has not yet wholly embraced it or the infrastructure systems for service production are not entirely set up.

That leaves wind and solar energy options and there is more of sun than the wind in California. So it is evident which renewable energy mode will become the principal reliable source during the years to come for commercial and individual use. 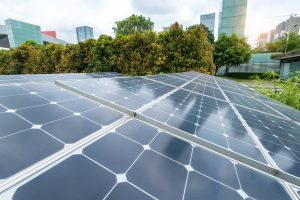 We are the Best Commercial Solar Energy Advocates

Small Energy Bill understands the best means of interfacing with utilities and advocates on behalf of the customers. After all, they have been involved in several negotiated interconnection costs for commercial solar services in the state of California which have allowed clients to save thousands of dollars.

The growing community of supporters and investors as well as, service members makes the company an influential advocate. The next stage would be partnering with local and federal government legislators and decision-makers to help make the local communities and the region better in terms of solar energy use.

Commercial and residential systems are linked to a load center for businesses and homes. Electricity from solar sources is prioritized, and utility power kicks in when solar energy doesn’t meet the full demands of the home or business. However, when there is excess solar power, it is exported to utility sources.

Net metering allows the client the ability to store solar energy within the electric grid. Net metering increases the value and incentive to have solar sources of power for customers and also helps in setting the protocols on how it can be interconnected with the utility. This would be done through the following processes.

The standard utility systems do fail once in a while in the event of fallen trees or storms. If there is an outage, then solar backups will be available to rectify the situation. That would mean between 2.5 and 4 KW of backup power available. With these numbers, loads from the sump pump to computers and security systems can all be maintained. The solar-ready backups are simple to install, and they come prewired.

These have storage batteries and generators to assist with backup. The inverter for the off-grid applications has battery chargers which are built in and may be used to start the generator when required to do so. Most of the inverters utilized in the off-grid systems may connect to the load center and energize the entire house.

We pride ourselves most in being more than just a for-profit business. We are a social campaign that endorses the benefits of solar power for every person. Even though not everyone can afford to do it, no one should be excluded from enjoying the environment and financial advantages that come partnering with us.