How Can Solar Energy Be Used for Cooling? 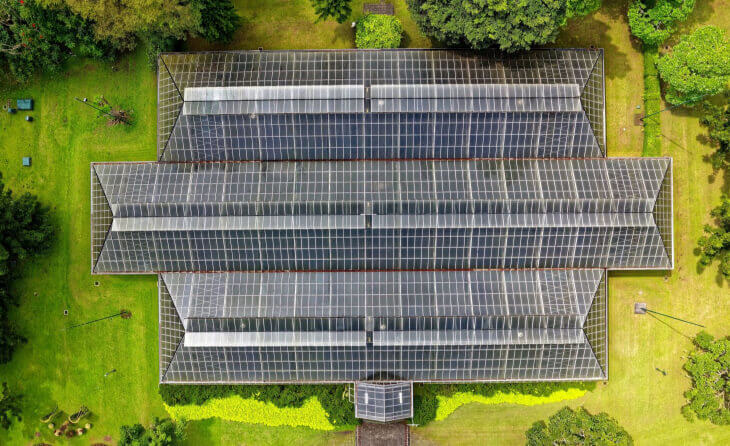 As paradoxical as it appears to be cooling with the use of solar energy is quite feasible. The term solar cooling concerns devices and processes which use solar power for the means of cooling.

A lot of people are familiar with solar harvesting, where companies enable clients to use the energy collected from the sun and convert it into power. The reverse of this process is known as radiative cooling, and it occurs when heat escapes from a heated source into the universe, leaving a cooling effect in its wake.

Solar energy California is one of the primary beneficiaries of this new energy orientation because it allows for new approaches to air conditioning.

Small Energy Bill aims to provide a system that is advantageous both for customers who need the heat from the sun and those clients who want less of it. Solar panel installation is not the only service they provide. Solar cooling is a diversification of the primary services provided by the firm.

All objects lose heat in the form of infrared radiation that is not visible to the naked eye. The atmosphere tends to reflect the heat though particular infrared wavelengths may escape into space. The materials emitting this wavelength become cooling as compared to the temperature of the surrounding atmosphere. This is the reason frost tends to form even when it may not be freezing temperatures.

The rate of cooling can be provided both for the active and passive systems. The capacity of solar cooling devices is usually at a peak during the time isolation, or rather solar irradiation is at the peak. At the same time, the solar cooling devices may meet the requirements of the needs for countries within solar regions where the demand for cooling relatively high at noon.

Small Energy Bill provides for active and passive air conditioning systems. There are three primary forms of solar air conditioners, which include the following:

Regardless of the solar air conditioning model that one opts for the results are similar as they all result in revenue saved.

Passive means of solar cooling from Small Energy Bill are conducted via the reducing of excess heat during the course of the day through ventilation. That would mean exchanging the interior air and environment for fresh outside air whenever appropriate. at the elementary levels, passive cooling means shades or vegetation to cover south-facing windows.

When reducing the level of heat gains in particular structures, windows can be shaded as well will awnings and other shutters. Should an awning protrude to half the window height level then the sun may be obstructed? This is possible during the summer but it will not be the same during winter due to the change in positions overhead. As a measure to mitigate this, east and western windows may be shut off or covered.

The climate will decide on the best avenue for ventilation. When the design phase is ongoing, firms like Small Energy Bill may endorse wings in the walls facing the opposite walls and the prevailing winds. The company will also advise the setting up of wing walls to allow for ventilation through the openings such as windows and doors as perpendicular to the prevailing breeze.

The solar panel is set perpendicular to the structure between the panes. This would result in the acceleration of wind speed because of the differences in pressure that have been set by the wing wall.

Solar cooling applications can be quite useful, as air conditioning represents a significant strain on the electric grid especially when the external temperatures are very high. Using this heat and sunshine to generate solar air conditioning is one of the ideal solutions available from solar services to reduce this strain.

The great thing with this particular offering is it assists in the reduction of the utility expenditure used for cooling homes during the summer. Solar energy in California has clearly come a long way in its evolution from only being a source of alternative energy for some customers. It is now a mainstream option which is used not only for heating purposes but also for cooling of buildings now.

Solar cooling is an expansion of the possible diversifying efforts that solar installation platforms like Small Energy Bill are providing to the market. The active and passive cooling systems can be via installation or consultation where the company advised the customers on what to get for their commercial and residential requests.

Small Energy Bill has a team of highly specialized personnel who are on call at any time for advice, installation and repair requests.