Should I invest in solar energy? 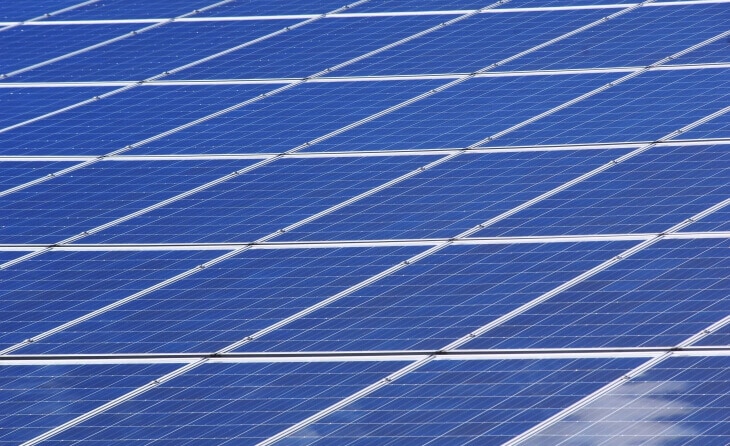 The future is green. Never has a catchphrase been truer than this one. Energy approaches which were once in the fringes like solar energy have become common and mainstream so to speak. Solar power represents the most significant trend for renewable energy.

Solar energy California should be a clear indication on which areas in the country appreciate solar energy the most. California is a solar energy hub which has incentives from rebates to policy additives which make the whole installation process as simple and cost efficient as possible. At the least, when you partner with companies who research, develop and install solar energy, one is not only locking decades of financial relief but also investing in the technological alternatives that will power the future.

Some of the key benefits of investing in solar energy in California include:

Small Energy Bill will allow the customer to save on hundreds if not thousands of dollars by investing in solar energy through the installation services provided. Each installation provision allows the owner to cut costs on the utility bills. Solar power allows the customer to depend on the output every month and not the electrical grid for whatever needs there are such as heating water, pools or even air conditioning and cooling. In fact, for cases such as net metering, the customer is allowed to store their energy within the power grid.

When the output is more than what is being consumed within the home, then the customer should be able to save it within the power grid for a later time when the consumption is higher than the output. At night and during winter, when the solar production is not as much, the customer can take advantage of their surplus store within the grid and not have to pay the full utility bill.

This is an excellent cost-wise for California because of the amount of sunlight experienced every year.  The same goes for installing solar water heaters or solar pool heating systems. Apparently, the cost of having this system installed would be the same as prepaying about 40 years of power and at a fraction of what is being paid.

Though it may seem vain to want to be ranked among the green number, the truth is it is for a good cause. Utilizing electricity from solar power results in overall reduced consumption of fuels, which leads to the reduction of greenhouse gas emissions and pollution.

Through the use of solar energy, any enterprise may be able to express its participation when it comes to the battle against global warming, and that will result in the reduction of the dependence of the nation on foreign sources of energy. The act of going green is not only going to reduce the operating expenses but is also going to serve as a great marketing and PR tool. In this case, commercial platforms that use solar installation services from Small Energy Bill will be able to use it as a marketing tool to make the business display a form of corporate social responsibility.

Having an image which shows you’re environmentally responsible is a good thing for any company, and even for individuals, it can be a networking point.

The incentive from the government and the gradual decline is the cost of solar equipment indicates the utilization of solar installation services is a great investment and a sound financial decision for the public agencies and business. When it comes to the services provided, both solar pool heating and solar water heating avenues are a bit expensive upfront for installation service.

They both prompt a high fee due to the cost of the installation tools such as the panels, collectors, tanks and trackers depending on the installation type. However, there is an advantage in that the services short circuit the amount of money one has to pay for power henceforth. So the customer ends up saving these costs and ends up repaying the cost of installation within a time of between one and two years. The costs per unit of the present energy costs are probably higher than what anyone would spend on solar energy.

It would seem the federal government is offering a 30% tax credit for purchases of solar energy installations depending on the state.

The amount of grant money received decreases as more systems are installed within the country, and the tax credits may also go down in the coming years. Limited timetables on these incentives are what make it perfect for one to go solar.

Considering the sun shines on everything and more so in areas like California, it makes everyone a potential energy producer, which makes for greater energy independence and security. Solar energy promises security and freedom at any level as solar panels may be installed on a person’s home or business, thus allowing for power which does not depend on being connected to a larger electrical grid.

The question of investing in solar energy is one which has been debated considering it does take a fair amount of money to set up solar panels on site for solar pools, heaters or just for power. Both commercial and residential owners stand to benefit from the potential benefits but incur a relatively heavy cost at first. That and space is taken up are the most significant drawbacks that come from solar energy installations.

The great thing is the cost-effectiveness brought on after having solar panels installed when you no longer have to pay exorbitant electricity bills. Similarly, the benefits brought on for the environment cannot be discounted because it is the way of the future. At one time, non-renewable energy forms will be outlawed and so solar energy will be among the chief means of producing and consuming electricity and heating.

Small Energy Bill provides an excellent advertising additive for customers and individuals who need an extra edge within their careers or businesses. Call us today to speak with one of our highly-specialized technicians available for consultation, installation quote, repair, and set-up services.